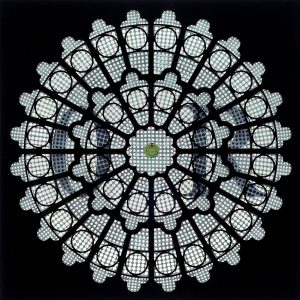 The first solo exhibition by Peggy Kliafa, entitled Pharmakon, at Kappatos Gallery coincided with a prolonged period of personal resistance to excessive medication and the contemporary methods of medical treatment. Our shared sensitivity on the subject was not my only motive for exploring the artist’s first showing. Kappatos rarely goes wrong when hosting emerging artists. Rather than “baby steps”, serious propositions and accomplished works go on display.

Kliafa gave samples of her work on the same subject in the public realm in 2010, at Sotiria Hospital, and in 2011 as part of the project “Art in Window Displays”. It is a selection from her entire body of work since her studies at the Athens School of Fine Arts, after graduation and her subsequent development. Ιt becomes obvious right from the first piece the predisposition to comment on the subject of polypharmacy, of the commercialization of conventional medicine, and its estrangement from the human factor. In addition, the current meaning of the terms healing and therapy and whether the choice of certain medical methods suggests a broader human attitude towards life and respect for humanity itself. The subject requires a purely conceptual approach, and the artist has adapted ideally. In such matters, one must speak with arguments. In this case, in the language of the visual arts, the argument is the concentrated, clear proposition. Unadulterated and uncluttered. A statement can also be the sufficient revelation of reality itself so that the comment springs forth effortlessly and spontaneously. Kliafa put together all the materials available to her and did the latter. She scoffed, quipped, provoked, exposed reality itself. When required, she opted for figurative painting, in other cases installations, sculpture, video art. Only to the extent necessary, so as to avoid her statement being blurred with superfluous elements.

Analysis of the works

The art works can conceptually be placed into three sections: “Religion – Metaphysics”, “Nature”, “Science – Chemistry”. These sections form the historical, scientific and sociological backbone of her work. Each work, however, is autonomous; it does not belong to a linear series, and it can be discussed individually. “Science – Chemistry” section comprises a series of art works of a common morphological style. They are “Armory” (Armory, Armory sculpture, Column and Shield). The artist uses pill blisters in order to construct simple two-dimensional and three-dimensional geometrical forms. The emerging texture evokes absolute minimalism, and the visual effect is striking. This may be the only series on view in which the conceptual aspect is downplayed in favour of the unique visual effect achieved by the chiaroscuro of the crumpled blisters. 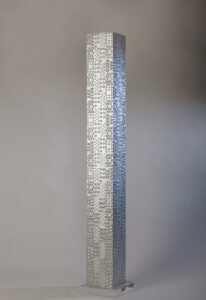 The adjacent room is dominated by the installation Remedy or Poison. Each of the three words is skilfully formed in a different stained-glass window replicated from a cathedral. The frame is made of MDF, coated by plastic transparent pill blisters, instead of glass. The central stained-glass window is a copy from the Durham Cathedral (Romanesque style), and the other two from the Cologne Cathedral (Dom, Gothic style). The discreet lighting evokes the effect that occurs in the interior of the church when sunlight penetrates the stained glass. Kliafa aptly chose to talk about the metaphysical dimension of the medicine, and consequently healing, through religion. Religion as signification of life and attitude towards death totally simulated the medical science and the components which define it: the beliefs, the philosophy on health and healing, the nature of medicines, the attitude towards the human soul and body. The artist stated that, “Stained-glass windows are windows, in the same sense that the medicine is a window to the world, both as a way out of illness and pain and as a worldview.” The choice of stained-glass windows is ideal; I cannot easily find a better element or religious symbol able by itself to say so much on this subject, with the appropriate addition of blisters, of course. Instead of choosing a ready made, she “consumed herself” in this costly and difficult installation in order to give vent to her technical skill, too. Although not part of this exhibition, it is worth mentioning a similar stained-glass window that the artist installed in Sotiria Hospital, entitled Window, as part of an exhibition at the public space of the hospital. Its dynamics was multiplied in a space of medical practice as did the dialogue with the unsuspecting public. On the same wavelength, the art work Omphalio, a representation of the mosaic of Sagmata Monastery in Boeotia. The patterns have been covered with pills of different colours and shapes, which take the place of the tesserae. I was spontaneously reminded at this point the work of the prematurely lost Nicos Alexiou on the floor of the Iveron Monastery and the various versions that he had made for the Venice Biennale (2007).

The other art works are, more or less, explicit comments on the evolution of the term healing and the immoderate use of chemistry. First of all, the two large-scale wallpapers in the room convey an ironic tone. In the first one, Nature is Innocent, a cannabis leaf and an opium poppy (from which heroin is made) was printed as a background on instructions of use and contraindications of a well-known painkiller. What more could the artist mean than that the two globally most “wanted” plants are totally innocent in their unprocessed form compared to the “recommended” and widely distributed painkiller. Or at least that the addiction caused by the use of any of these is of a comparable level, the one visible, the other unsuspected. Respectively, in the wallpaper Science is Innocent the packaging of well-known drugs, familiar from being used during childhood, have been painted over against a pink background. The unpretentious innocence of a childish pink wall is interspersed with the integral presence of medicines of all kinds, suggesting how prominent their use is at that age. A chemistry attack, supported by the, carefree and evading from a medical point of view, Greek family. I don’t know if a scientific approach would raise the awareness of some parents more compared to the autopsy of this artwork. Kliafa’s comment is completed with the series “pill candies”, where pills wrapped in candy packaging are captured in paintings or photographs.

In another series of works, similar to “Armory”, minimalism returns, juxtaposing concept only through the use of medium and form. Most of us are familiar with the microcosm of material and its complicated geometric shapes. Especially in Biology, many formations of bacteria, microbes, viruses etc. form complicated and aesthetically impressive formations which make little reference to their usually dangerous biological role. The artist isolates this fact and amplifies it by replicating the shape of bacteria by using round aluminium cut-outs of pill blisters. The building blocks of the intruders are now the medicines themselves. Their imminent exterminators are transformed into immediate helpers of their existence. The treatment of the science-medicine relationship is made complete in a video. A human sculpture of effervescent tablets is immersed in a transparent tank of water to dissolve, causing a multiple, slow annihilation. Made up of effervescent supplements and painkillers, the contemporary bourgeois, rather than becoming more robust, gradually succumbs to the deterioration of his immune system, and consequently to the annihilation of his health. An impressive spectacle of a few minutes, with beautiful lighting and a straightforward comment without any incomprehensible hints. A similar sculpture is placed intact on a stand nearby as a reminder of the original situation and in connection with the video installation. In the last series of artworks, Kliafa has made a series of “portraits” of figurative painting which depict familiar pills. They are all framed in excessive, “Renaissance” frames, as if they were commissioned by nobles of the past, their emphasis firmly on underscoring prestige and vanity. Pills as protagonists of the everyday reality.

Having a basic knowledge of certain landmark art works by Damien Hirst, this body of work could reasonably remind us of famous examples of the English artist’s work from a few years ago, such as Medicine Cabinets, Pill Cabinets (2007-2009), and Pharmacy Restaurant (2004). He was essentially the first to treat pills and their packaging as a conceptual medium in such length. No-one, however, can produce something in the contemporary visual-arts scene without any relationship whatsoever with something earlier; subjects and media are not inexhaustible any more. This artist’s work is autonomous and self-sufficient, with a totally personal commentary. One could discuss exhaustively the influences in her work, such as op art, minimalism, conceptual art, an element emphasized by many critics, yet so outdated nowadays. If they had become personally involved in the creative process ever so little, they would have felt how secondary all this stylistic tagging is and how independent from movements the process of producing an art work actually is. Kliafa does not fit under a tag; she uses all available means in order to communicate. Although I am positively biased due to the medical philosophy that informs her work, it is objectively evident that she has struck an ideal balance of difficulty between the signifier and the signified. Without falling into the traps of the two extremes, popularization and inaccessibility. A clear proposition for everyone to enjoy.

Peggy Kliafa was born in 1967 and lives in Athens. In 1990 she graduated from the Athens University of Economics and Business (AUEB) with a degree in Business Administration, specializing in Marketing. She has been working for many years on her specialty. In 2012 she graduated from the Athens School of Fine Arts, where she attended the Third Painting Workshop under Marios Spiliopoulos, and sculpture as an elective course in the workshop of Nicos Tranos. Her work is in private collections. Her participations in group shows include: “Sotiria Plan” Sotiria Hospital (2010); “Art in Window Displays” (2011); “Rooms 2012” (2012) Conference on Jacques Derrida, University of Athens and French Institute (2013); “Medium as Narrative” CAMP (2013); “Paradise Lost” (2013); “The Trans-parency of Sex” The Symptom Projects 04, Amfissa (2013); Kappatos Gallery, group exhibition (2013).